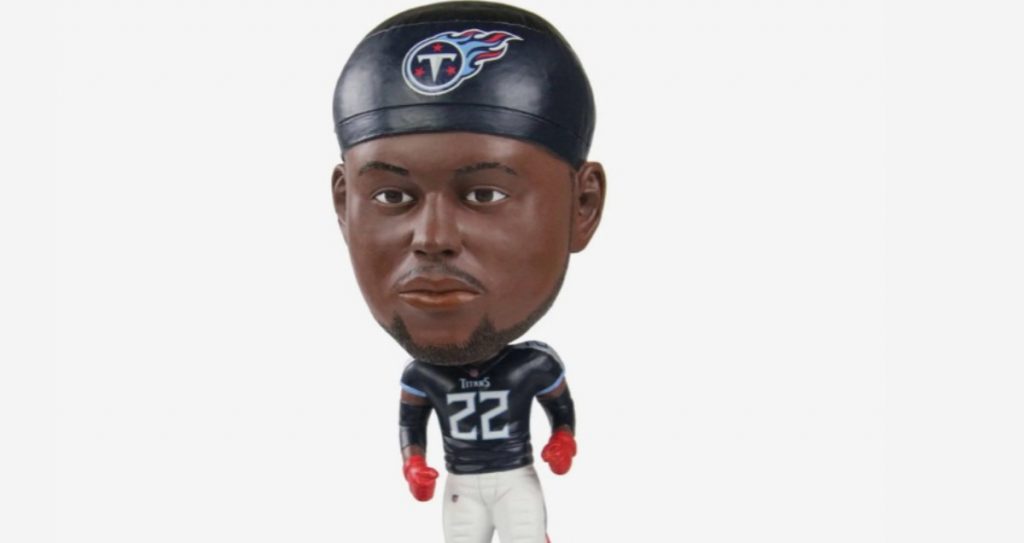 The state of Tennessee is rich in sports history. The Tennessee Titans have made an appearance in the Super Bowl, the Nashville Predators in the Stanley Cup Final, and the Tennessee Volunteers are one of the most history-rich programs in college.

So, it only stands to reason that there would be more than a few cool bobbleheads out there to help show off your love for Tennessee sports. Here are a few of the best.

The Volunteers have a great history both on the court and on the field., Though things haven’t been so bright in Rocky Top in recent years, the faithful remain diehard.

There are a few cool ones out there but only the unique ones made the cut.

Though Tennessee is more synonymous with football, the Vols have become a force to reckon with on the court. With Smokey prowling the sidelines, the Vols fill up the hoops.

Smokey, here in full basketball getup, gripping a ball and ready to dunk on the hoop behind him, stands ready for March Madness.

Though the Titans have roots going back to Houston, they have become an integral part of the Tennessee sports scene. The Titans are perennially in contention for a playoff spot, showing year in and year out that they are a solid franchise.

There is nothing like a bighead bobblehead to really drive the theme home. So, why not depict one of the greatest players in the history of the franchise?

Henry is known for bulldozing opponents and is in mid-stride, ready for more contact. The Titans logo adorns the platform, but beneath Henry’s foot and around the base.

Nashville may be better known around the globe as the capital of country music. Tannehill, the quarterback for the Titans, stands atop a country music billboard styling of his name, holding a guitar and wearing a cowboy hat and cowboy boots while he slings the pigskin down the field.

Hockey is still relatively new to Music City, seeing the Predators join the league back in 1998. Still, the franchise has seen major highs and the fan has been there for the ride.

The diehard Predator faithful shows out like few franchises can.

The 2022 NHL All-Star Game, held in Las Vegas, features some of the best and brightest that the NHL has to offer. This bobblehead represents, showing off a Nashville netminder during the big weekend.

The Las Vegas sign stands in the background, with the All-Star logo adorning the front as well as the goalie’s mask. Wearing both the home and road threads, this netminder is ready to go to work.

Each year, the NHL takes the game overseas to kick off the season. Gnash, the Nashville Predator, stands in front of the Global Series sign, arms crossed and bringing the business.

The stand beneath him shows the date and opponent for the Global Series, as well as the mascot’s trademark name on the opposite side.

The Grizzlies might not be the favorite franchise of the city, but the NBA has roots in Memphis. The town has seen its share of star players come through town, lighting up the Music City with points and dunks along the way.

There is no doubt that the king of Memphis basketball is Ja Morant. Wearing the Grizzlies baby blues, Morant goes up for the layup while the award sits front and center beneath him.

Behind him, the MIP designation sits on a backboard of silver and blue that represents the color scheme of the franchise.

Recognizing one of the role players for the Grizzlies, Bane is in mid-flight, attempting a layup. He wears the navy blue city jersey, jumping from a huge grizzly paw that acts as the platform.

Behind him, the city name stands atop a pair of grizzly-colored posts. Underneath the paw, there is Bane’s #22 in the yellow and grey font of the franchise. 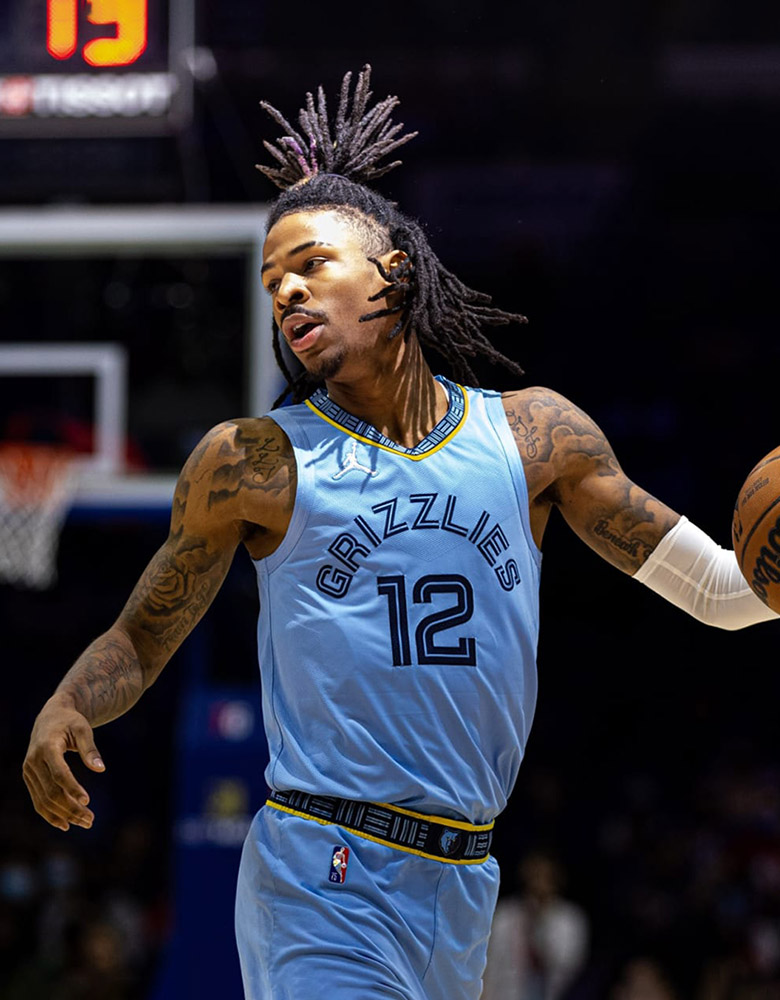